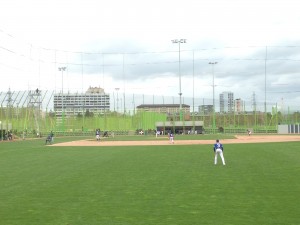 The Challengers finished the 18th Zurich Spring Tournament at the Heerenschürli ballpark in third place with a 1-2 record. The C’s lost both games on Saturday, so they were out of the race for the title early on. In the opener the C’s have been edged in the last frame by the tournament’s co-host Zürich Barracudas 3-2, later in the afternoon the C’s lost to the Dominican All Stars as well, this time with a score of 3-6. The Dominicans won their second game against the Herrenberg Wanderers from Germany and with the Barracudas doing the same, both teams clinched the final berth on Saturday already.

On Sunday the Challengers played their last game against the Wanderers and the C’s posted a 10-3 victory, their first in 2015. In the final the Dominican All Stars led 5-2 in the last inning, but the Barracudas rallied for four runs to walk away with the trophy for the fourth time in tournament’s history and for the first time since 2008 with a 6-5 victory.

12.08.2022: U23 Nationalteam am EM-Qualifier in Litauen auf Rang 2
Die Schweizer U23 Baseball Nationalmannschaft nahm in dieser Woche am U23 European Championship Qualifier Turnier...